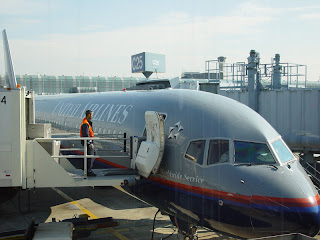 In the continuing battle against rising costs, United Airlines announced in a press release today that they will bring back minimum-stay requirements on nearly all routes, even in markets where they compete with low-cost carriers. The minimum stay requirements apply to those flying on the cheapest fares and for flights starting October 6th. Under the new rules, in order to score the cheapest ticket prices, a minimum stay of 1-3 nights will be required.

And about those cheapest fares...United also announced a system wide increase in fares, from $1-$90 each way. That now makes the least expensive ticket on United Airlines to be $69 each way. It seemed like just yesterday we were showered with $39 airfares from the Bay Area.
inFLIGHTout recommendation: If you have a same-day return flight and you want to avoid the minimum stay requirement but still score the best fare, consider purchasing one-way tickets in each direction. (This does not work in some markets, as United often charges extra for a one-way ticket). For example, rather than a round trip ticket from SFO-Las Vegas, purchase a one-way ticket there, and one way ticket back. The price might be better than the round trip price since it circumvents the minimum stay requirement.
Labels: airfare pricing, airfares, airline rules, business travel news, lcc, minimum stay requirements, ual, united airlines, united airlines news
Newer Post Older Post Home