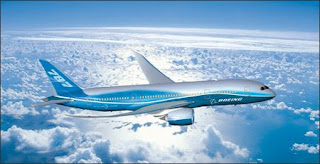 Japan's All Nippon Airways said it has agreed to Boeing's anticipated delays in delivering the first Boeing 787 'Dreamliner' aircraft. According to Boeing, the first plane is now expected to arrive to ANA in August 2009, more than a year behind schedule. Supply chain glitches, and a strike at Boeing halting production, is blamed for the delays.