For travelers with a sense of wonder, any trip is rewarding 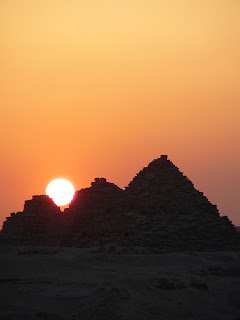 (San Francisco Chronicle)
Summer's coming, so let's see where we are.

In a recession. (Your president may not be able to say it, but a travel editor can.) For people worried about keeping their jobs and their houses, vacation may enter the realm of the unthinkable.

The lucky ones who are able to travel face the prospect of shocking airfares if they fly and soaring gas prices if they drive. The train is an option for students, retirees and trust-fund babies, but not the average American who gets a measly two weeks off.

With flying, the cost is not the only drawback. Our air system is in disarray. A means of transportation that was once Merely Uncomfortable became, after 9/11, a Major Hassle, and then last year - with its bonanza of delays and cancellations - moved to Totally Maddening. Nobody today envies the person who's heading to the airport.

If you're on a plane that's leaving the country, you're in for a thrill as soon as you land and try to buy a cup of coffee. The dollar has plummeted in much of the world, especially Europe, a perennial tourist attraction.

And while you're counting your change, keep your voice down, as there are a lot of people out there who aren't terribly fond of Americans these days.
We're the once-loved nouveau-poor.
So what are we to do?
Go. Somewhere. Anywhere. It doesn't really matter how far - or how much time you spend there. The great thing about travel is that it's not a contest (contrary to what the reality show "The Amazing Race" may have taught us), it's a change of scenery - and the various changes (of perspective, attitude, heart) that often accompany it. Certain changes are more dramatic than others, obviously, but the important thing is change itself.

And movement. There is something about it that improves our mood. It is why mothers rock their crying babies. The pleasure's increased if you're not at the controls - a passenger on ships, trains, planes, even buses (though here the pleasure can wear off fairly quickly). A popular segue in country songs is feeling low followed by hitting the road.
But if you don't hit it very far, how do you get your culture-shock kick? Where's the thrill in seeing the next county?

Depends on the county. A few summers ago my wife and I took a little Florida road trip. We set off in the morning and stopped for lunch in Vero Beach. The special that Thursday at Mrs. B's just off the interstate was mullet, which Hania ordered with mustard greens. The tables around us were filled with ranchers; the talk was of cattle. We felt very far from home.
It used to be that the one quality deemed necessary for a traveler was a sense of adventure. The world was less known, less present, less furnished with ATMs.

Today the world is wired and YouTubed nonstop. The impression sometimes is that this has made it less interesting, less surprising, less foreign. Of course it hasn't; if anything, the world is more varied and complex than ever. Rather it's we, bombarded by the world, who have become less interested in it.

The quality necessary to the traveler today is a sense of wonder. For those who have it, a road trip to Oregon is just as enjoyable as a vacation in Italy. For it involves the same fundamental gift: a journey out of the house, to another place, one with a different landscape, culture, way of doing things. All of these are more striking in Florence than they are in Ashland, but our capacity for wonder gives us the ability to appreciate them in any degree. Nothing beyond our backyards is boring to us.

It's a kind of travel relativism, which can only be helpful in a period of economic gloom. Hard times have always given birth to positive developments, and one of the good things that could come out of this recession is a realization that travel is less about the place than it is about the displacement.

It's not really important where we go but that we go, marveling every step of the way.
Thomas Swick is the travel editor of the South Florida Sun Sentinel, where this essay originally appeared. To comment, visit sfgate.com/travel and follow the links.
This article appeared on page E - 3 of the San Francisco Chronicle June 8, 2008 edition.
Photo by J. Griffin Stewart (Flickr)
Labels: airline travel, psychology, san francisco chronicle, sfgate.com, sociology, thomas swick, travel stories
Newer Post Older Post Home