HIV Travel Ban To Be Overturned 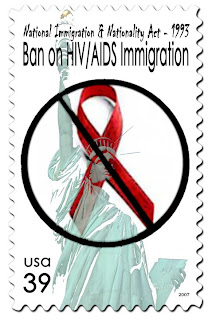 Last week the U.S Senate voted to overturn a law that prevents HIV-positive visitors from entering the United States. The HIV travel ban, which prohibits travel and immigration for HIV-positive people, had bi-partisan support in the Senate, including Republican Senator Gordon Smith who said, "Our government still treats individuals with HIV/AIDS as modern-day lepers, categorically banning these individuals from entering into the US. To fully embrace our global leadership on HIV/AIDS, we must remove our unwelcome mat and overturn this ridiculous ban."

The United States is one of only a handful of countries that bans travel for HIV-positive people. Other countries include Sudan, Saudi Arabia, Libya and Russia.