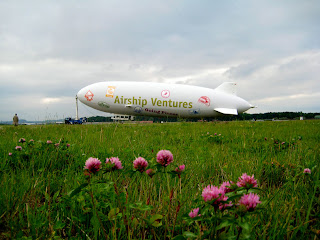 Back in June 2007 we reported on the anticipated arrival of the Airship Ventures Zeppelin to the San Francisco Bay Area. And now we hear the arrival of the "big bird" is just a few days away.

Photo above: May 2008 Maiden Flight